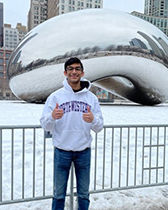 Armaan Ajani (he/him/his) is a SESP second-year double majoring in Social Policy and American Studies and minoring in Economics. With his American Studies major, Armaan hopes to study educational inequality within the United States, the role of race in creating these disparities, and the long-term effects of such disparities on standard of living and the economy. Aside from academics, Armaan spends his time serving as Willard Residential College's treasurer and as a member of Northwestern's Associated Student Government. 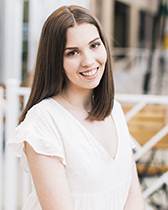 Olivia Alexander is an American Studies and Journalism double major from Little Rock, Arkansas. Her research interests are in educational equity in the United States and the ways political action is influenced by media agenda setting. On campus, Olivia is a Peer Adviser, serves as president of Willard Residential College, writes for The Daily Northwestern and is a member of Canterbury Northwestern, the University’s Episcopal Campus Ministry. 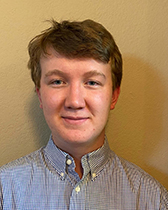 Paul Bernhard is an American Studies major with an additional major in Biological Sciences and a minor in Data Sciences. Born and raised in El Paso, Texas, Paul is interested in the history of American religion and medicine, with a particular focus on the disparity in medical care between cultural groups. In his free time, Paul can be found reading all things history, hiking, listening to music ranging from the 1940s to 1980s, or watching movies and baseball. 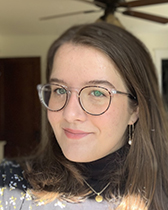 Jane Clarke is an American Studies and Political Science double major and History minor from Chicago. Her wide range of academic interests include socio-legal studies, feminist theory, and border studies. On campus, she is a chair for Northwestern Model UN, the social chair for Willard Residential College, and a research assistant. In her free time you can find her reading, baking, or making pottery. 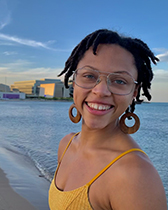 Jordan Muhammad is an American Studies and Theatre double major. They are currently interested in studying how systems of oppression can be dismantled and replaced in America by looking at domestic and foreign case studies. On campus, she is an active member of Fossil Free NU, University Christian Ministry, Knitwestern, and Northwestern's Young Democratic Socialist club, and they enjoy performing in theatrical and dance opportunities when possible. Jordan is also currently still an active member of her hometown organization MAPSO Youth Coalition. 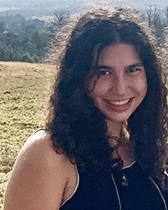 Isabel Podolsky is an American Studies major with minors in Economics and Environmental Policy and Culture. A New York City native, her love for urban spaces informs her academic and career aspirations. Her concentration explores the relationships, interactions, and processes that occur between people and places; her specific academic interests include housing, community, and economic development, political ecology, and placemaking. On campus, she’s the Director of Outreach for NU Model United Nations and a member of its nationally ranked travel team, a contributor to WNUR Media, and the host of Willard’s weekly coffee hour.