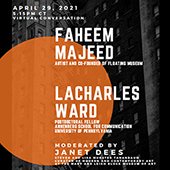 Colloquium on Ethnicity and Diaspora April 2021 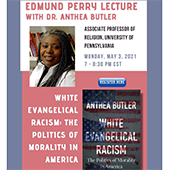 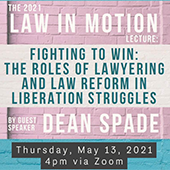 Fighting to Win: The Roles of Lawyering and Law Reform in Liberation Struggles
Dean Spade, Associate Professor at Seattle University School of Law; creator of the mutual aid toolkit at BigDoorBrigade.com; and author of Mutual Aid: Building Solidarity During This Crisis (and the Next)

An informal panel with recent American Studies grads will highlight their career paths working in the realms of policy, nonprofit organizations, and NGOs. The event is geared to current American Studies majors and will feature discussion and Q&A with the alumni. The panelists are: 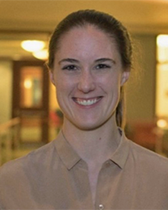 Sarah Logan '13.  As a senior communications officer on the Global Policy and Advocacy team at the Bill & Melinda Gates Foundation and Chief of Staff for the Gates Policy Initiative, a 501(c)(4) focused on federal lobbying efforts to support global health and development, Sarah manages public affairs strategies for the foundation and directs outreach with federal officials, including the White House, Congress, and federal agencies. She previously served at the U.S. Department of the Treasury as a senior advisor in the office of public affairs, coordinating Treasury's private sector engagement and external communications. She came to the Treasury Department after working in scheduling and advance at the Obama for America headquarters in Chicago. 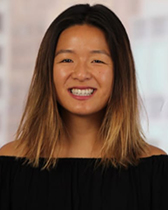 Christina Powers '13.  In her role as the Global Director of Data & Impact at Generation, Christina leads a team dedicated to advancing the organization's research; evaluation; and data collection, management, and analysis efforts. Prior to Generation, Christina worked in management consulting at McKinsey & Company, where she also helped launch McKinsey Academy, the firm's global hub for client leadership development and capability-building. Christina began her career working with multiple early-stage education technology initiatives—including K-12 media production at Public Broadcasting Service (PBS) and online learning programs at higher education institutions such as George Washington University and the University of California, Berkeley. 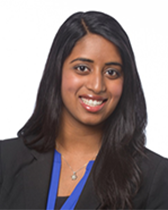 Parvathi "Parv" Santhosh-Kumar '10. At StriveTogether, Parv leads the implementation of a range of capability-building strategies to accelerate better and more equitable outcomes toward economic mobility across the Cradle to Career Network. She also serves as managing director for StriveTogether’s Chicago office. Before joining the team, Parv served as associate director of education policy and programs in the Office of Chicago Mayor Rahm Emanuel. She developed and implemented action plans aligned with top priorities from cradle to career, including launching Chicago City of Learning, managing the mayor’s $36 million commitment to expanding early learning and supporting the incubation of Thrive Chicago, a StriveTogether Cradle to Career Network member.

Alumni panel discusses careers in Media and Journalism on January 5, 2021

American Studies alumni working in the fields of Media and Journalism will share their career trajectories, followed by Q&A and discussion with current American Studies majors. Articles/podcasts from each alum will be pre-circulated. The panelists: 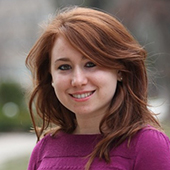 Rhaina Cohen '14 is a producer and editor of narrative podcasts at NPR, working across the shows Embedded, Rough Translation, and Invisibilia. She previously covered the social sciences as a producer for the podcast Hidden Brain and worked for ABC News' This Week With George Stephanopoulos. She periodically writes for other outlets, including The Atlantic and The Washington Post. Prior to entering audio journalism, Rhaina completed a master's in comparative social policy at Oxford, where she was a Marshall Scholar.

In the Heat of the Moment: How Intense Emotions Transform Us, Hidden Brain podcast

What If Friendship, Not Marriage, Was at the Center of Life?, article in The Atlantic 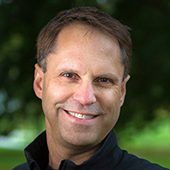 J. Carl Ganter '87, Medill '91 is an award-winning journalist, reporter, and broadcaster (and former photojournalist for Time, Rolling Stone, and National Geographic). He co-founded Circle of Blue, the nonprofit news and science organization that reports on the world’s freshwater crises. His American Studies thesis was "Lives in Rust—East Chicago: A City in the Shadow of Steel,” which, over three years, documented the decline of the nation’s most industrialized city. As a Medill grad student, his master's project helped exonerate David Dowaliby, who had been wrongfully convicted of murder. He has served as vice-chairman of the World Economic Forum Global Agenda Council on Water Security and received the Rockefeller Foundation Centennial Innovation Award. 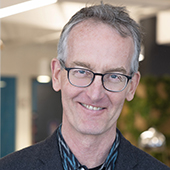 Joe Neff '82 is an investigative reporter at The Marshall Project, a nonprofit newsroom that covers criminal justice and immigration. He previously worked at The News & Observer of Raleigh, NC and the Associated Press. He was a Pulitzer finalist; his journalism prizes include the Robert F. Kennedy, the Molly Ivins, the Sigma Delta Chi, and many others.

Writing for the The Marshall Project

You can also find his greatest newspaper hits here 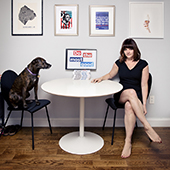 American Studies alumna Amanda Litman, co-founder of Run for Something, in conversation with program founder Carl Smith on October 19, 2020

In a targeted event for American Studies majors, program alumna Amanda Litman '12 will join Carl Smith, founder of the American Studies Program, for a conversation about political activism, the 2020 U.S. general election, and the role of Litman's American Studies training in life since college.

Amanda Litman worked for Hillary Clinton's 2016 presidential campaign and later co-founded the organization Run for Something. In 2018, she was named to the Politico 50 list of politics influencers, and she was one of Fortune magazine's 2020 40 Under 40 in government and politics. She wrote her American Studies senior project on advertisements for female political candidates.

Carl Smith is Franklyn Bliss Snyder Professor of English and American Studies and Professor of History, Emeritus, at Northwestern. His most recent book is Chicago's Great Fire: The Destruction and Resurrection of an Iconic American City.

Each winter quarter the Program in American Studies hosts an informational session for prospective students. First and Second year undergraduates curious about what makes American Studies so unique are invited to speak to current AMST majors to learn about the major's requirements, the senior thesis process, and the collaborative academic community. This year, the informational session was held immediately subsequent to the quarterly group advising session so that prospective majors could meet current majors from across all three years.

Roe at the Goodman Theatre

"You didn’t give a damn about Roe the person—all you cared about was Roe the case!”

American Studies students and Gender and Sexuality Studies students attended a production of the play Roe at The Goodman Theatre in the Chicago Loop. At dinner beforehand there were many discussions about the history and cultural significance of the landmark 1973 Supreme Court ruling when Amy Partridge, who was teaching a course on reproductive rights, and several other professors provided context and personal perspectives on a policy debate which has galvanized American politics for decades. 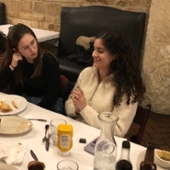 Students, accompanied by Professor Kate Masur, saw the biopic of Harriet Tubman entitled "Harriet" at the local movie theater. Afterwards, students gathered at a local establishment to discuss the historical themes of the film and compared it to other ways the topic has been handled in popular media. 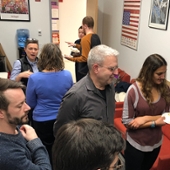 Welcome Back party for Academic Year 2019-20

Welcome Back! Come enjoy a light dinner with the Program in American Studies. Meet the new students, share your stories about your summer, eat some food, and help welcome Professor Shana Bernstein as the new Director: Wednesday, October 2nd 2019  |  5:30pm - 7:00pm.