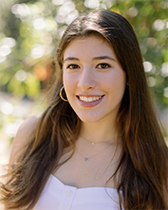 Maddie Brown is an American Studies major with a minor in Legal Studies from
Washington, D.C. She is studying social justice movements, legal and political strategy, and the ways these forces interact with gender. On campus, she is an NU Votes Ambassador, a crisis staffer for NU Model United Nations, and is involved in student theatre through fundraising for her board, Arts Alliance, and The Dolphin Show. She’s often found listening to podcasts, reading, or visiting local museums. 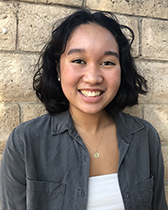 Dori-Taylor Carter is an American Studies major with a research focus in the U.S. Census. Her interests include ethnic studies, gender and sexuality studies, and feminist theory. On campus, she is a Posse Foundation Scholar, the External President for Northwestern's Rainbow Alliance, a poet in The Slam Society, and an NU Votes Ambassador.

Alex Chun is an American Studies and Journalism double major. On campus, he has been an editor at The Daily Northwestern and a Peer Advisor. He's interested in how queer and racial identities have informed one another and been shaped through American history. His multimedia journalism has covered topics such as the history of queer liberation on Northwestern's campus, daily news, and current student advocacy. You can typically find Alex skateboarding with friends, working as a barista at Coffee Lab or reading. 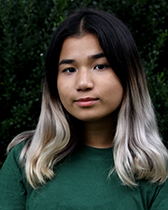 Sunnie Eraso is an American Studies and Theatre double major also pursuing the Music Theatre Certificate. She is currently interested in studying how artistic creation and representation can affirm the mixed race identity and experience in America. On campus, Sunnie is a board member of Vertigo Productions and involved as a performer and director in the student theatre community. 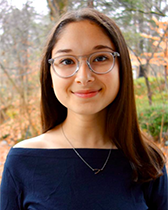 Eva Herscowitz is an American Studies and Journalism double major with a minor in English. Her interests include media studies, gender and sexuality studies, and religious studies. On campus, she writes for The Daily Northwestern and works as a research assistant.